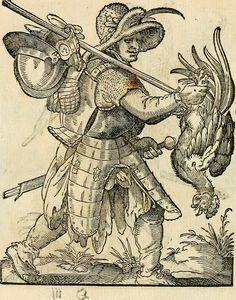 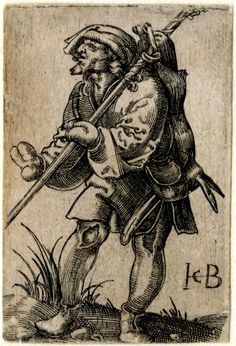 A peasant carrying a hare on his back; walking to left. Engraving 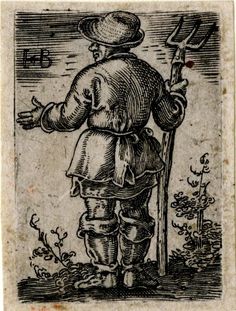 A peasant holding a dung-fork; reverse copy after Barthel Beham (Pauli 48); whole-length figure, seen from behind, the head in profile to left. Engraving 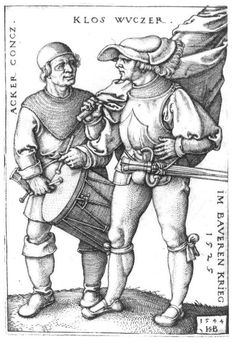 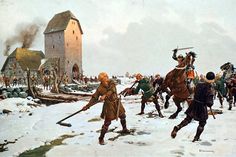 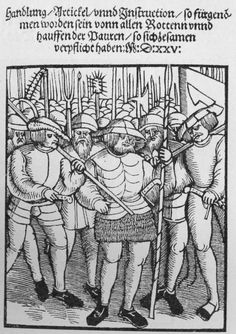 16 February - in the Swabian town of Memmingen during the German Peasant's War, Sebastian Lotzer and Christoph Schappeler decided to give the base of the revolt in Southern Germany an ideological superstructure. 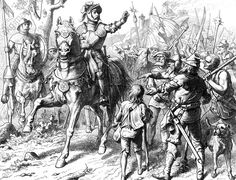 With the outbreak of the German Peasants' War,1525, Götz von Berlichingen led the rebels in the district of Odenwald against the Ecclesiastical Princes of the Holy Roman Empire. Despite his wishes to stop wanton violence, Berlichingen found himself powerless to control the rebels and after a month of nominal leadership he deserted his command and returned to the Schloss Jagsthausen to sit out the rest of the rebellion. 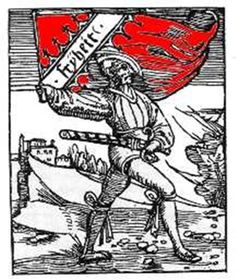 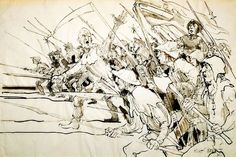 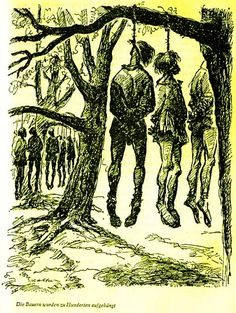 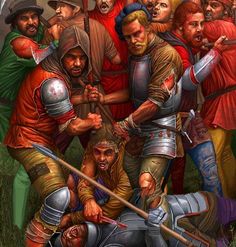 The German Peasants' War was a widespread popular revolt in the German-speaking areas of Central Europe from 1524 to 1525. It ended in a Suppression of revolt and execution of participants. But it started something bigger among the people that would later be seen. 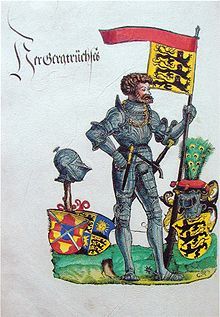 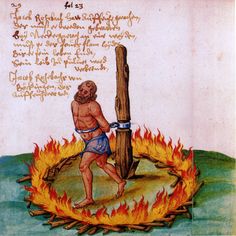