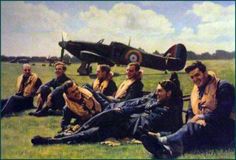 Pilots of the RAF, Battle of Britain 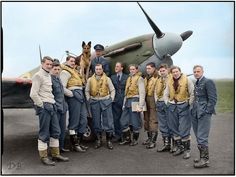 C: Pilots of No 54 Squadron RAF gathered round a Supermarine Spitfire Mark IIA at Rochford, Essex, April 1941. On the wing sits their Commanding Officer, Squadron Leader, Robert Findlay Boyd DFC & bar, with the squadron mascot "Crash". Boyd had at this time destroyed 14 enemy aircraft. At the end of July 1941, he was promoted wing leader of the Kenley Wing, and by the end of his tour in the summer of 1942 had increased his score to at least 22.5 victories. 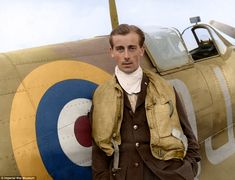 Battle of Britain pilot Neville Duke, who later broke the World Air Speed record, pictured with his Spitfire at RAF Biggin Hill in 1941

Post with 5727 views. Battle of Britain pilot Neville Duke, who later broke the World Air Speed record, pictured with his Spitfire at RAF Biggin Hill in 1941 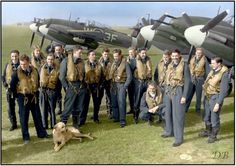 Crews of No 137 Squadron RAF pose with a mascot in front of their Whirlwind Mk I fighter bombers at RAF Manston, Kent. March 5 1943. 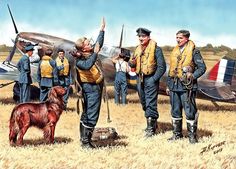 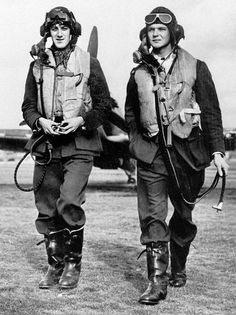 AM photographer Cecil Beaton visited No 249 Squadron RAF at RAF North Weald in September 1940 and captured P/O James RB "Jim" Meaker (left) and P/O Percival R-F "Percy" Burton as they walked away for a post-sortie debrief. The pilots were relative newcomers, having arrived on 27 June and 21 July respectively, both perishing in combat in Hurricane Mk I GN-N and GN-H on the morning of 27 September. 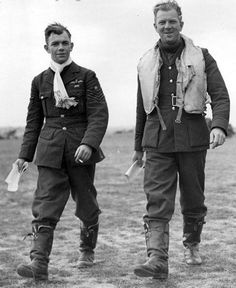 F/Sgt George C "Grumpy" Unwin (left) and F/O Walter J "Farmer" Lawson of No 19 Squadron RAF posture for AM photographer Stanley Devon at RAF Fowlmere in September 1940. Lawson claimed 6 and 1 shared destroyed, 3 probables and 1 damaged during his 16 months with the squadron. 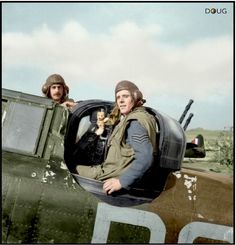 Flight Sergeant Edward Roland Thorn (pilot, left) and Sergeant Frederick J Barker (air gunner) of No 264 Squadron RAF and their Teddy Bear mascot, presented to them by their ground crew, posing with... 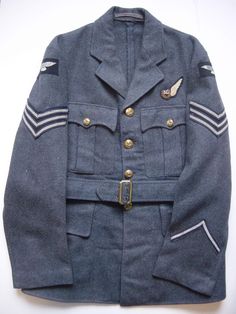 Hi Guys, this was the basic service dress jacket issued to all NCO's and Other ranks in the RAF. This one bears the air gunners brevette to the breast. All air crew held the minimum rank of 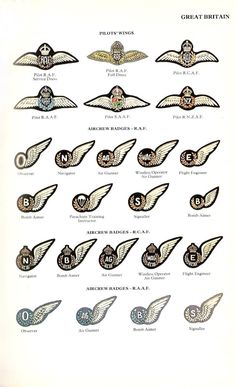 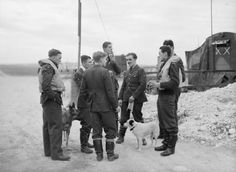 CH 1370. A group of pilots of No. 19 Squadron RAF discuss a recent sortie by Manor Farm at Fowlmere Cambridgeshire. Standing from left to right are: Sergeant B J Jennings Flight-Sergeant G C 'Grumpy' Unwin unknown Flying Officer J C Dundas (of No 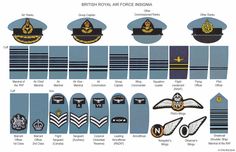 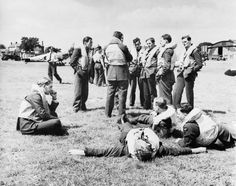 16 Amazing Photos From The Battle Of Britain

From Spitfires to downed German bombers, here are 16 incredible photos from one of Britain's most important WW2 campaigns. 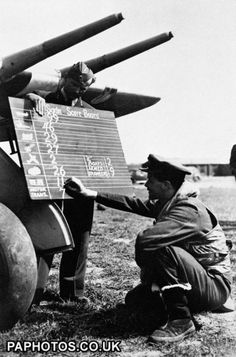 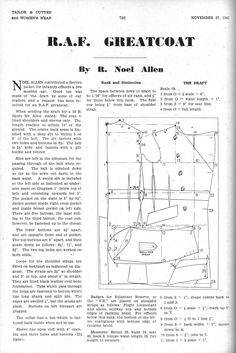 The DB Greatcoat - The Coatmaker's Forum

Similar to coat worn by Jack Harkness in Torchwood.