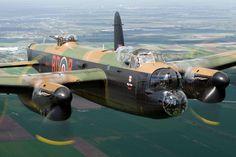 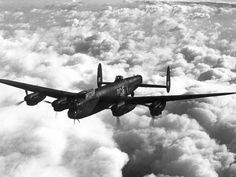 The Avro Lancaster was a British four-engined Second World War heavy bomber designed and built by Avro for the Royal Air Force. It first saw active service with RAF Bomber Command in 1942 and, as the strategic bombing offensive over Europe gathered momentum, it became the main heavy bomber used by the RAF and squadrons from other Commonwealth and European countries serving within the RAF. The "Lanc", as it was affectionately known, delivered 608,612 tons of bombs in 156,000 sorties. 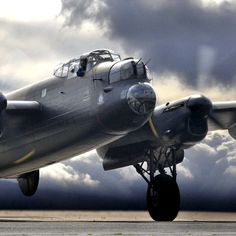 Lincolnshire Aviation Heritage Museum is based on a 1940's RAF Lancaster Bomber airfield. The only place in the UK you can enjoy a taxy ride experience in an RAF Avro Lancaster bomber. Lancaster restoration 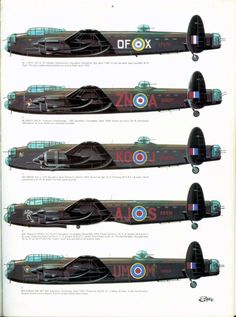 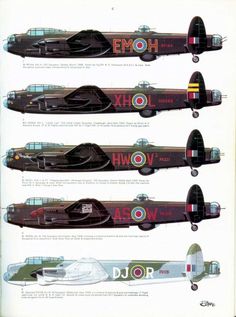 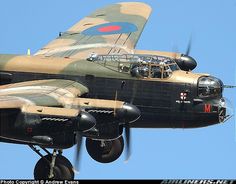 Performing a very close pass showing how cramped the cockpit is. - Photo taken at Coningsby (EGXC) in England, United Kingdom on April 27, 2005. 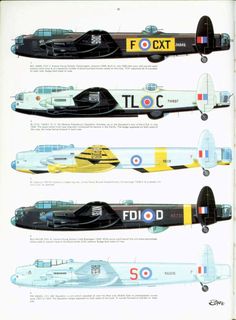 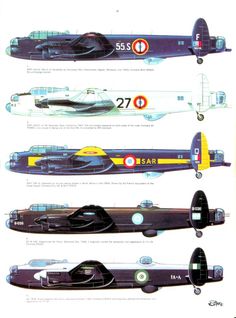 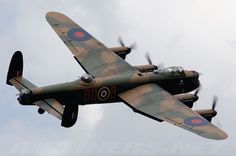 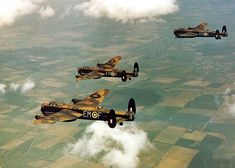 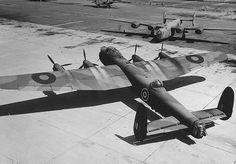 Avro Lancaster and American bombers b-24 (Consolidated B-24 Liberator flown by the) and 25 (North American B-25 Mitchell), in English the airfield. 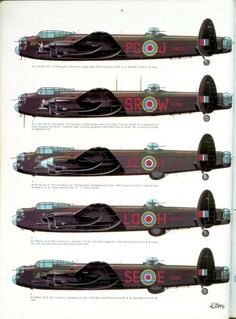 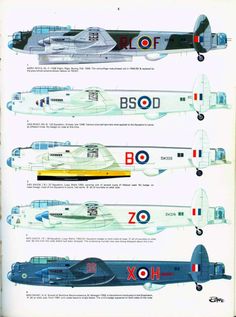 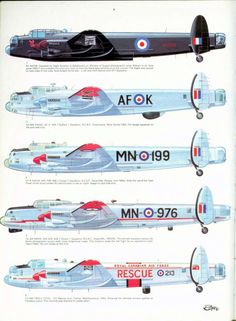 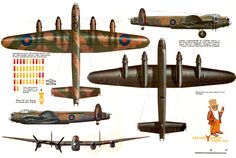