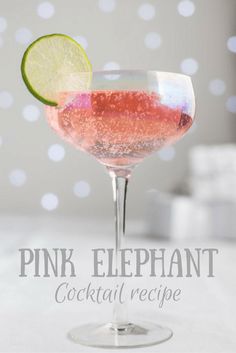 Jump into the festive spirit with this Pink Elephant Cocktail recipe. It's one of the quickest and easiest cocktails to throw together and tastes sublime. 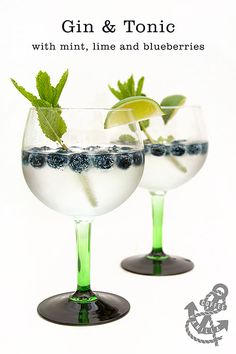 Classic drink recipe with a twist - perfect for Father's Day and hot summer afternoons and evenings.

The French 75 cocktail, also known as the 75 cocktail, is a drink that dates back to the first World War. I was originally created at the New York Bar in Paris by Harry MacElhone. The drink gets its name from the kick given by the blend of gin and champagne, which is said to feel like being shelled with a French 75mm field gun. The drink is served in a champagne flute.

Here's how to make your Prosecco shimmer on the next girl's night! 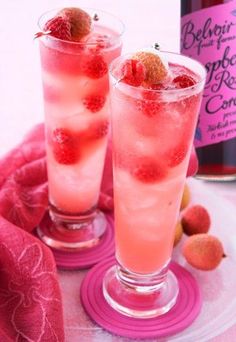 London's Best Summer Cocktails And How To Make Them

Raspberry Blush - The best alcoholic fruit cocktail drink recipes ever - As well as being one of the prettiest cocktails we’ve ever seen, these are the tastiest because combination of fresh raspberries, Belvoir raspberry and rose cordial and gin...

Sweet & Spicy Bacon Wrapped Chicken Tenders - one of the best things we ate last week. Only 4 simple ingredients - chicken, bacon, brown sugar and chili powder. They only take about 5 minutes to make and are ready to eat in under 30 minutes. Sweet and salty in one bite!