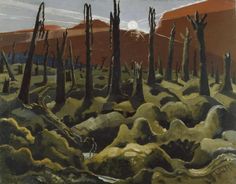 We are Making a New World

Art.IWM ART 1146. image: The view over a desolate landscape with shattered trees the earth a mass of shell holes. The sun hangs high in the, sky beams of light shining down through heavy earth-coloured clouds 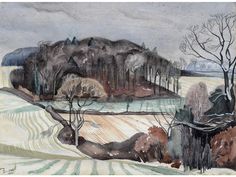 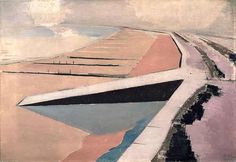 Paul Nash The Shore (1923) “ The Shore at Dymchurch, Kent, is where Nash moved with his wife in 1921. It depicts one of Nash’s ‘places’. He portrays here the endless struggle between Man and Nature, a... 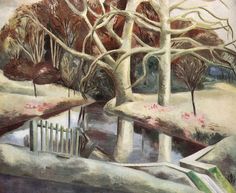 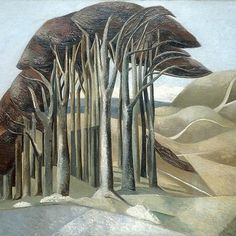 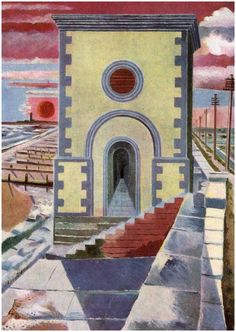 Influenced by Surrealism, Paul Nash became Britain's pre-eminent painter of the enigmatic, remaining a very English Surrealist, low level tones and personal response. Nash is painting his own state of mind in the 1930's. He put himself at the forefront of British response to Surrealism and founded a group, 'Unit One', including Barbara Hepworth, and Henry Moore. He said he wanted the group to express a 'contemporary spirit'. But a year later, the group broke up. 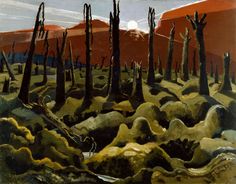 A Painter of the Shattered World

Within moments of entering the Tate's exhibit Paul Nash's paintings, my brisk walk slowed to a mesmerized linger as I encountered something new and strange, watching the artist make discoveries and adjustments, trying in different ways to fit his vision to dark experience and to blend his “Englishness” with international modernism—and not always succeeding. Even at its most urgent, Nash’s painting seems tremulous, poised between past and future, dream and reality. 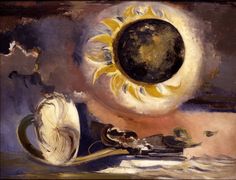