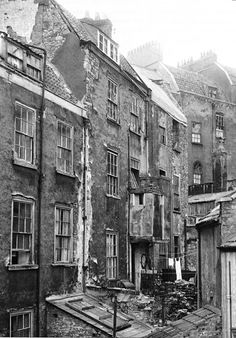 Dereliction and squalor at the rear of Bristol eighteenth-century houses, May 1956

The first three houses on the left face on to Hope Square — while the front of the two houses on the right of the picture are on Granby Hill. All these houses survive. 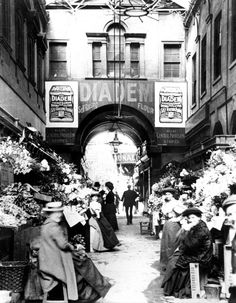 The Old Flower Market in the High Street now a indoor market for local traders. G. F. Mercer started work in the fruit trade before venturing out on his own in 1928 to sell fruit and vegetables in St Nicholas Market where he stayed for 25 years. For four years he ran his market stall on his own in the days when people enjoyed seasonal supplies of fresh, locally grown produce from the farms and market gardens within reach of Bristol. 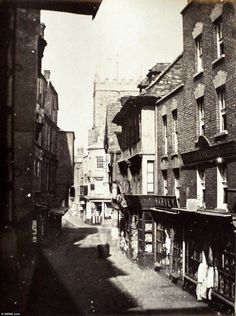 Unique pictures show Bristol before much of its centre was bombed

These fascinating pictures are some of the first ever taken of the city of Bristol. They were taken between 1850 and 1855 by photographer Hugh Owen and could fetch up to £30,000 at auction. 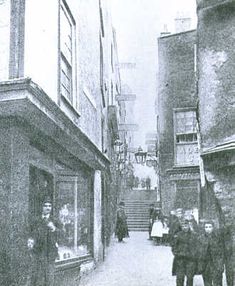 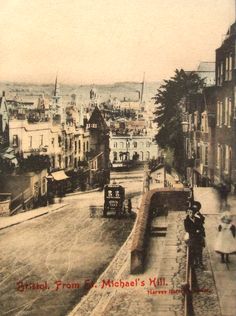 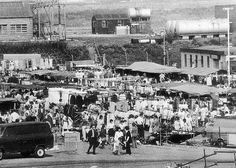 Memories of Bristol's much loved and missed Eastville Market. Sadly closed down in 2018. A great example of how shopping used to be, this popular general market has been established for 35 years and can be found these days near the big Ikea store just off the M32 at junction two. It certainly couldn't be described as glamorous shopping, but if you're after a slice of gritty English life, look no further. It's packed every week with locals looking for cheap vegetables, meat, clothes… 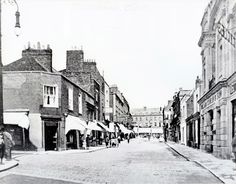 Old photograph of Princess Victoria Street, it lies at the heart of Clifton. William Cowlin and Sons office (R) THE South West's leading building contractors, Cowlin Construction, started life in humble premises in Bristol's city centre. 'Cowlin - Painter And Glazier' opened up for business in 1834, three years before young Queen Victoria ascended to the throne. The imposing stone building on the right became Tyndall and co a private bank in the 70's and a few doors further along… 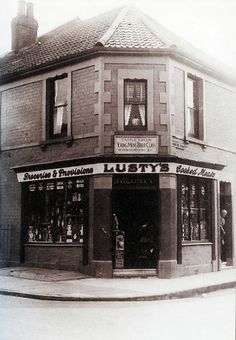 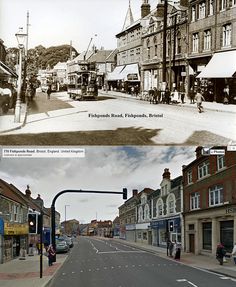 Two photographs depicting the same view, one taken a period of time after the other, give us an instantaneous impression of ' then ' and 'now '. Some comparisons show old views that are instantly recognisable, where the natural passage of time and technology has made only slight changes. Other views illustrate major change and it can be difficult to comprehend that an area has altered so much. Unless you have lived through a change and can remember what was there before, there is often no… 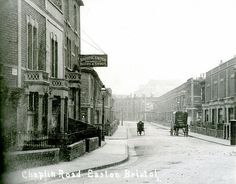 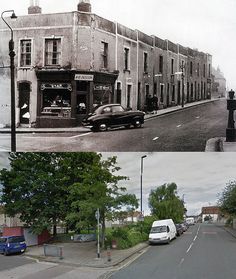 corner of High Street & Belle Vue Road, Greenbank, Bristol. Then & Now Two photographs depicting the same view, one taken a period of time after the other, give us an instantaneous impression of ' then ' and 'now '. Some comparisons show old views that are instantly recognisable, where the natural passage of time and technology has made only slight changes. Other views illustrate major change and it can be difficult to comprehend that an area has altered so much. Unless you have… 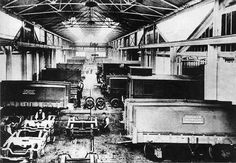 A view of the railway packing shop - Bristol Wagon & Carriage Works. - Contracts with the expanding railway industry prompted an expansion programme, capital was raised, and the Bristol Wagon Works, later the Bristol Wagon and Carriage Works Company Ltd. was formed with a newly acquired 13 acre premises at Lawrence Hill with its own siding from the Midland railway (later, after closure of the Works, this became the London, Midland & Scottish or LMS). 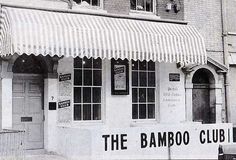 (date unknown) We're looking north along the road, standing near the junction with Stanley Avenue.

A view of Midland Road/Unity Street junction 1906. - St Philips Station has long since been swallowed up by development. Today the Railway Path begins just off the Midland Road. Which takes its name from the old railway. Pubs in the area were: GREYHOUND Midland Road. Landlady Florence Francis in the 1940’s, previously at the Raglan Castle in Easton, Florence moved to the Greyhound when the Raglan closed in the early thirties, she had been at the Raglan since 1918 and had taken over…