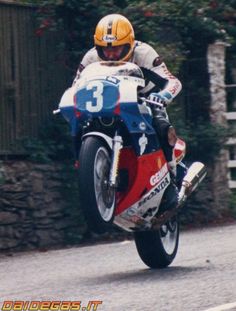 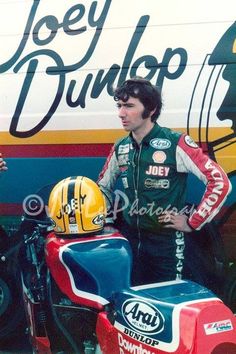 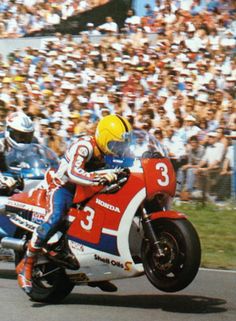 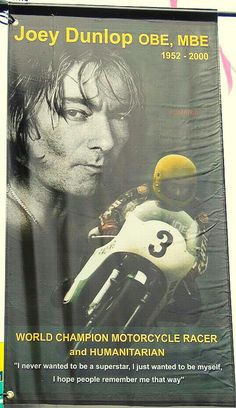 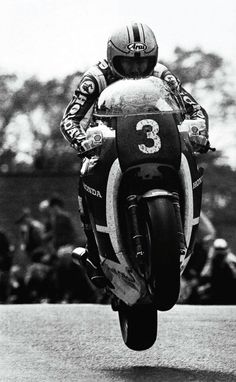 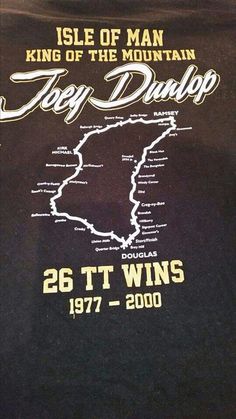 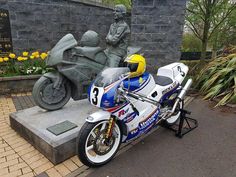 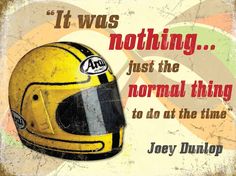 Joey Dunlop won 26 Isle of Man TT races and a host more at the North West 200, Ulster Grand Prix, Irish National races and even scored points in the World Superbikes Championship. Quite simply Joey was one of the greatest motorcyclists of all time, and he was a pretty fine publican too.... 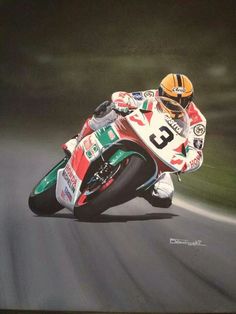 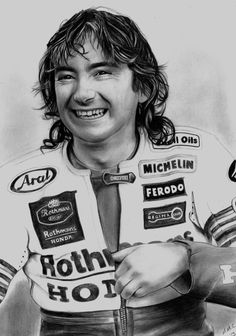 William Joseph Dunlop, OBE (25 February 1952 – 2 July 2000), was a world champion motorcyclist from Ballymoney in Northern Ireland. In 2005 he was voted the fifth greatest motorcycling icon ever by Motorcycle News.[1] His achievements include three hat-tricks at the Isle of Man TT meeting (1985, 1988 and 2000), where he won a record 26 races in total. 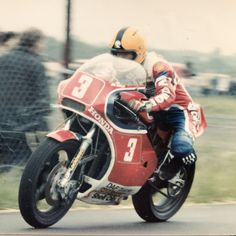 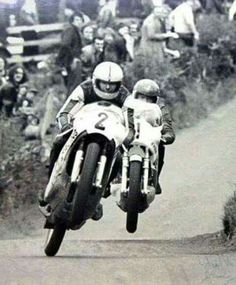 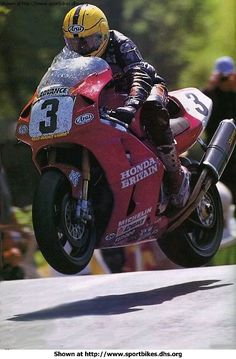 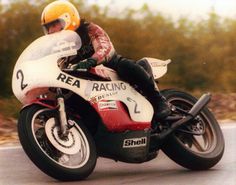 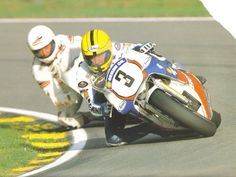 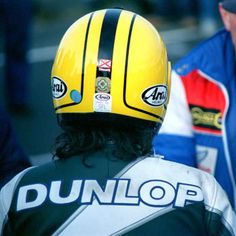