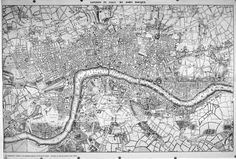 Maps of Old London. An atlas of Old London maps (detailed and quite large), showing the growth of the City throughout successive centuries. Fabulous resource for Tudor, Stuart and Georgian researchers. http://www.gutenberg.org/files/40274/40274-h/40274-h.htm# 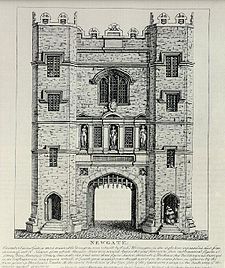 Newgate Prison was a prison in London, at the corner of Newgate Street and Old Bailey just inside the City of London. It was originally located at the site of Newgate, a gate in the Roman London Wall. The gate/prison was rebuilt in the 12th century, and demolished in 1777. The prison was extended and rebuilt many times, and remained in use for over 700 years, from 1188 to 1902. 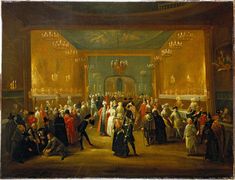 A Masquerade at the King's Theatre, Haymarket | Grisoni, Giuseppi | V&A Search the Collections 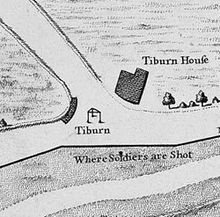 Tyburn was a village in the county of Middlesex close to the current location of Marble Arch in present-day London. It took its name from the Tyburn or Teo Bourne 'boundary stream',[1] a tributary of the River Thames which is now completely covered over between its source and its outfall into the Thames. For many centuries, the name was synonymous with capital punishment, it having been the principal place for execution of London criminals and convicted traitors.

An illustration, said to be from about 1680, of the permanent gallows at Tyburn, which stood where Marble Arch now stands. This necessitated a three-mile cart ride in public from Newgate prison to the gallows. Huge crowds collected on the way and followed the accused to Tyburn. They were used as the gallows for London offenders from the 16th century until 1759."

An execution taking place at Newgate 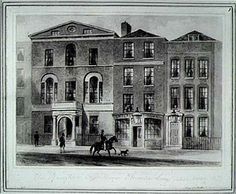 Old Slaughter’s Coffee House Old Slaughter’s is perhaps the most famous of all the Georgian coffee houses. From the band of intellectuals and artists who congregated there, William Hogarth formed the...

The Tabard, an inn that stood on the east side of Borough High Street in Southwark, was established in 1307, when the abbot of Hyde purchased the land to construct a hostel for himself and his brethren, when business took them to London, as well as an inn to accommodate the numerous pilgrims headed on annual pilgrimage to the Shrine of Thomas Becket in Canterbury Cathedral. 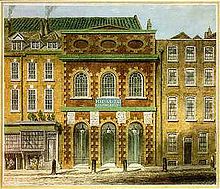 William Capon (1757–1827) A reproduction as a postcard of the Italian Opera House (King's Theatre), built by John Vanbrugh, at the Haymarket before it was destroyed by a fire on 17 June 1789 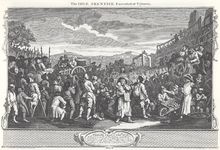 William Hogarth's The Idle 'Prentice Executed at Tyburn, from the Industry and Idleness series (1747)