Drone hits plane at Heathrow airport, says pilot British Airways passenger jet lands safely in London after reported midair collision Police are investigating a pilot’s claim that his plane was struck by a drone as it approached Heathrow airport. The Metropolitan police said they were contacted on Sunday afternoon by the pilot, who landed the plane safely at Terminal 5. No one has […] 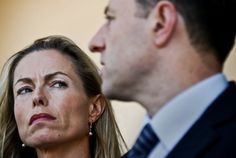 Libel conviction of ex-detective in Madeleine McCann case overturned Gonçalo Amaral had been ordered to compensate Kate and Gerry McCann after his book alleged they were involved in their daughter’s disappearance An appeals court in Portugal has overturned the libel conviction of a former Portuguese detective who published a book alleging the parents of Madeleine McCann were involved in their daughter’s disappearance, the parents’ […] 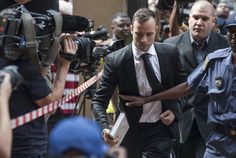 Oscar Pistorius returns to court for murder sentencing hearing Court is expected to postpone fresh sentencing until June, following appeal court decision that former athlete murdered Reeva Steenkamp Oscar Pistorius will face the high court in Pretoria again on Monday, but his sentencing for the murder of Reeva Steenkamp is expected to be postponed. The former Paralympian’s culpable homicide conviction was overturned by South […] 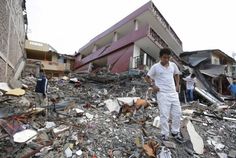 Ecuador earthquake: at least 246 killed with many still trapped

Ecuador earthquake: at least 246 killed with many still trapped 7.8-magnitude quake brings devastation to cities and villages along Pacific coast, with authorities warning death toll is likely to riseEcuador’s most devastating earthquake in 40 years has killed at least 272 people, with bridges buckling and buildings collapsing in Pacific coastal cities and fishing villages. Authorities warned that the official death toll after the 7.8-magnitude […]

Acrimony and legal threat as Indigenous group approves Adani mine

Acrimony and legal threat as Indigenous group approves Adani mine Traditional land owners have voted in favour of allowing a coalmine to be opened by Adani in central Queensland, but some from the Indigenous group have labelled the vote a sham.More than 300 people attended the Wangan and Jagalingou (W&J) meeting on Saturday where Adani said members “voted overwhelmingly” to authorise an Indigenous land use […]

NEWS0 60 Minutes crew’s families describe ‘living nightmare’ as Lebanon talks break down Anxious families of the 60 Minutes crew detained in Lebanon over a botched child recovery operation have described their detention as a “living nightmare” after negotiations broke down between the jailed Australian woman Sally Faulkner and her estranged Lebanese-American husband. Ghassan Moghabghab, Faulkner’s lawyer, said although judge Rami Adbullah had “pushed” Ali Elamine and Faulkner […]