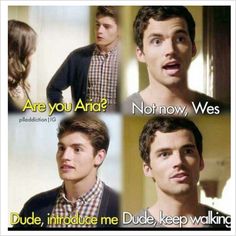 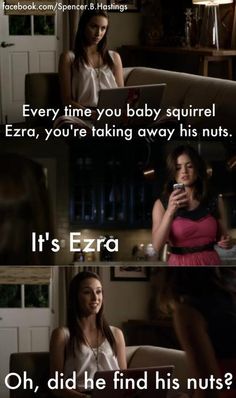 you're missing a part of it. after spence says "every time you baby squirrel Ezra, you're taking away his nuts." aria then says "you did not just say that." spence then says "i did...but i don't think i meant to...*aria's phone rings* is that emily?" then aria says "it's ezra." then spence says "Oh, did he find his nuts?" 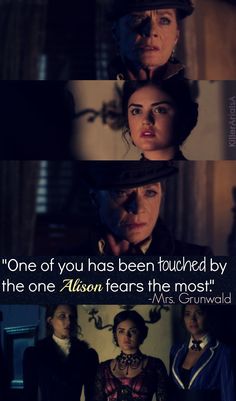 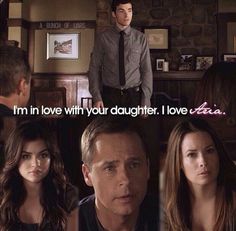 Ezra and Aria! True love 4ever! 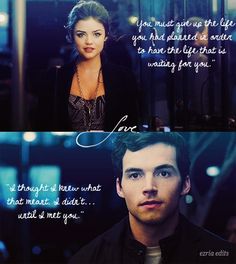 Ezra and aria||| I love them (screaming inside because I love them so much) sorry im a creeper everyone. Eh whatever I have no followers... I LOVE EZRIA!!!! 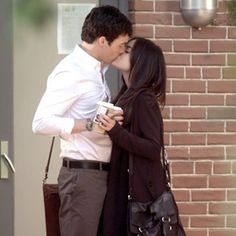 Catch up on the Pretty Little Liars "My Name is Trouble" episode with this recap and photos! 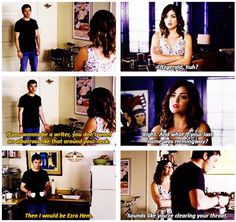