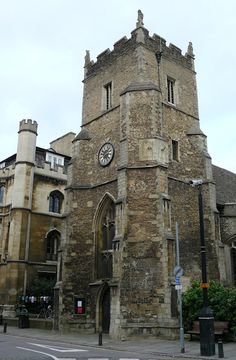 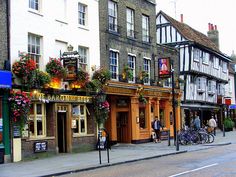 Cambridge- The Mitre and The baron of beef (pubs)

Just two of the pubs we frequented when studying at Cambridge, the Eagle was my favourite tho' 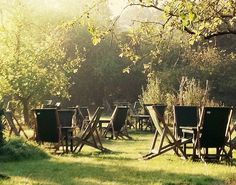 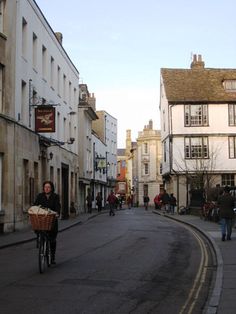 Cambridge - The Eagle Pub is on the left....highly recommended!!

Sydney Street in December 1980 with Eastern Counties FLF450 on local service 186. Judging by Street View, this thoroughfare is a lot tidier now, with rather less character, no above the shop clocks and no FLFs either! This particular bus went on to be a staff bus with Matchbox at Rochford, later emigrating to Slovenia. Pentax SP1000/50mm Ilford FP4 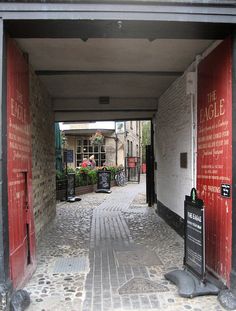 This famous coaching inn is several hundred years old. In WWII pilots from local air bases burnt their squadron insignia with candles and lighters onto the ceiling of the bar whose window can be seen. It is still there as a memorial to them. 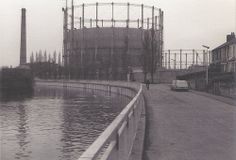 Riverside, Cambridge, 1975. The gas holders are gone but, beyond them, the old sewage pumping station and its chimney remain as a museum. See Prisoner 5413's photo of the scene more recently 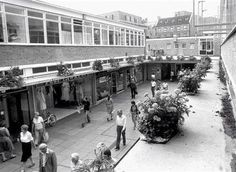 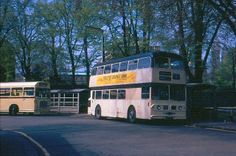 The bus in front is Burwell & District Daimler Fleetline DEB484C 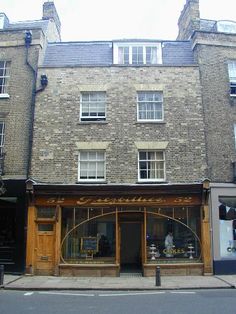 Photographs of buildings in Cambridge, England. 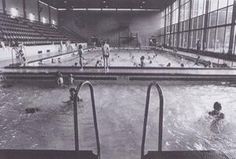 Parkside pool, the first pool is where I learnt to swim. 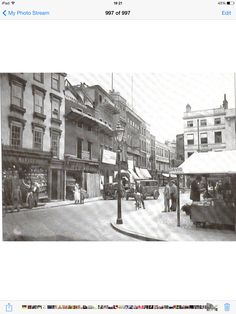 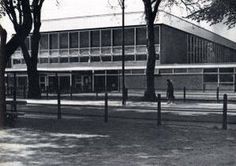 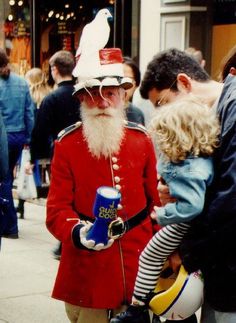 Walter 'Snowy' Farr MBE (b. 1919; d. Oakington, Cambridgeshire, 8 March 2007) was a prominent and colourful charity fundraiser well known to the people of Cambridge, England. A familiar sight in the city's Market Square and Lion Yard/Petty Cury slope over several decades, Snowy Farr collected many thousands of pounds for The Guide Dogs for the Blind Association. In recognition of his efforts, he received an MBE from the Prince of Wales in November 1995. 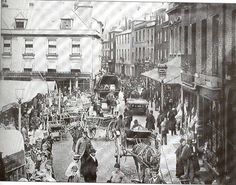