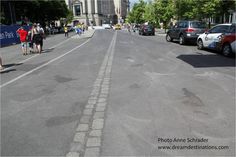 These stones in the road are here today to show where the Berlin Wall once stood. The Berlin Wall, which separated the city in an eastern and western part, was the symbol of the Cold War. Built by the goverment of the DDR to prevent East Germans from escaping to the West, most of the Berlin Wall has been demolished since the border between East and West Berlin opened in 1989. Berlin Germany 2014. 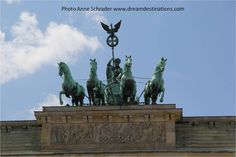 Quadriga statue sits atop the Brandenburger Tor (gate) Berlin Germany 2014. The statue is called the Goddess of Victory. 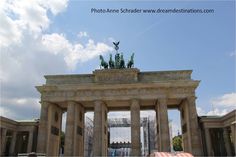 Brandenburger Tor Berlin Germany 2014. Since the fall of the Berlin Wall, the Brandenburg Gate has become the symbol of a reunified Berlin. It was originally part of a wall surrounding Berlin and was the main entrance to the city. It is the only gate that remains of this former city wall. 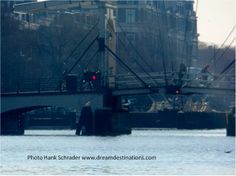 Skinny Bridge, Amsterdam Netherlands. The Magere Brug (Skinny Bridge) is often touted as the most beautiful bridge in this city that has more than 1,200 of them. The story of this bridge is that 2 women - the Mager sisters - lived on opposite sides of the Amstel River. According to the tale, they had this bridge built to make it easier to visit one another. Mager is the Dutch word for "skinny".

Tallinn Estonia old town. With 1.9km of its original city wall still standing, Tallinn boasts one of Europe’s best preserved Medieval fortifications together with 20 defensive towers. A large part of what gives Old Town its fairytale charm is the system of walls and towers that surrounds it. 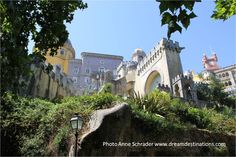 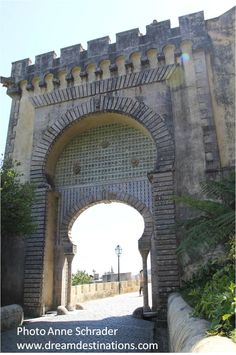 Pena Palace Sintra, Portugal. Pena National Palace is a Romanticist palace in Sintra, Portugal. The palace is located on the top of a hill above the town of Sintra. On a clear day it can be easily seen from Lisbon. It is a national monument and is one of the best examples of 19th-century Romanticism construction in the world. 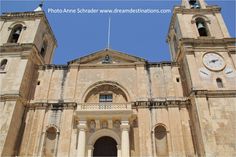 St. John's Co-Cathedral, #Valletta, #Malta. It is called "co-cathedral" because the original is in Medina Malta & they have equal status. It was bulit for the Templar Knights in the 16th century. To see more pictures of Malta, please visit our Malata Board. 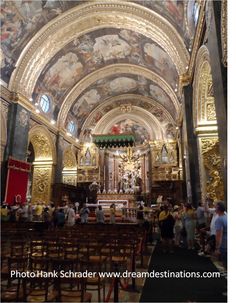 Inside of the St. John's Co-Cathedral Valletta, Malta. The ceiling paintings show 18 scenes in the life of St. John the Baptist. 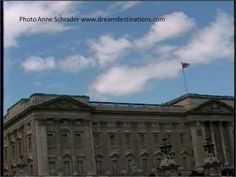 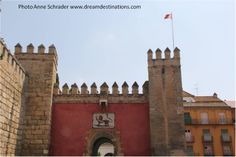 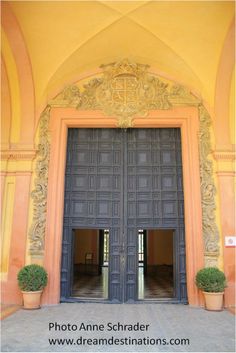 Portico on the Courtyard of the Cruise. This part of the remains of the Ahmohad Palace of the 12th century. Royal Alcazar, Seville Spain 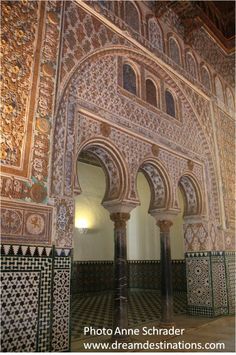 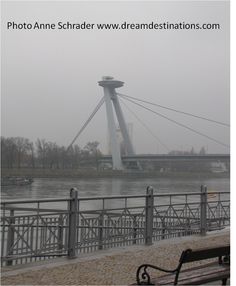 Novy Most (New Bridge) and Observation Deck If you want spectacular views of Bratislava and its castle, it is worth a climb up to the observation deck on top of the Novy Most Bridge. Situated about 300 feet above the Danube River, the Novy Most looks like the Seattle Space Needle from the distance. Bratislava Slovakia. More pictures of Slovakia are on our Slovakia Board. 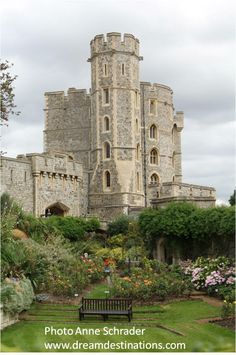 The Norman Gate Windsor Castle, Windsor England. Windsor Castle was built by the command of William the Conqueror in the late 11th century. It has been the home to 39 monarchs of England & is the oldest royal residence still in continuous use in the British Isles 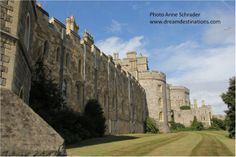